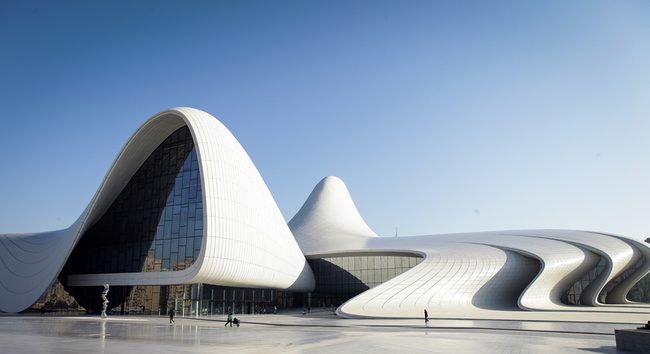 The Heydar Aliyev Center is a 57,500 m² building complex in Baku, Azerbaijan designed by Iraqi-British architect Zaha Hadid and noted for its distinctive architecture and flowing, curved style that eschews sharp angles. 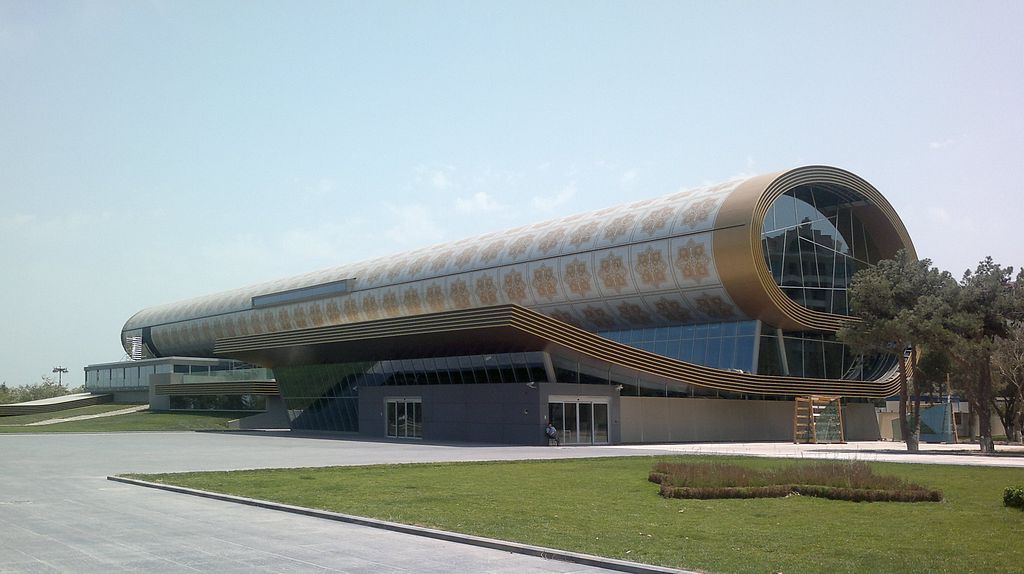 Azerbaijan Carpet Museum displays Azerbaijani carpets and rug items of various weaving techniques and materials from various periods. It has the largest collection of Azerbaijani carpets in the world. It moved to a new building on the Baku's seafront park during 2014 from its former location on Neftchiler Avenue. 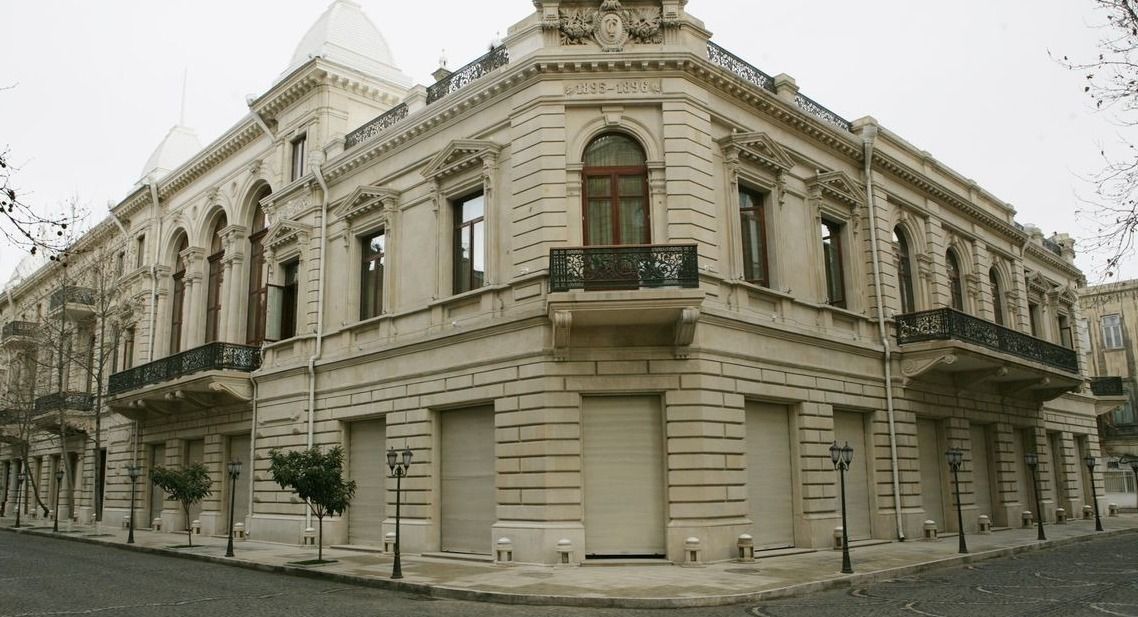 The National Museum of History of Azerbaijan is the largest museum in Azerbaijan, located in Baku, in the former mansion of Azerbaijani oil magnate and philanthropist Haji Zeynalabdin Taghiyev. It was founded in 1920 and opened to visitor in 1921. 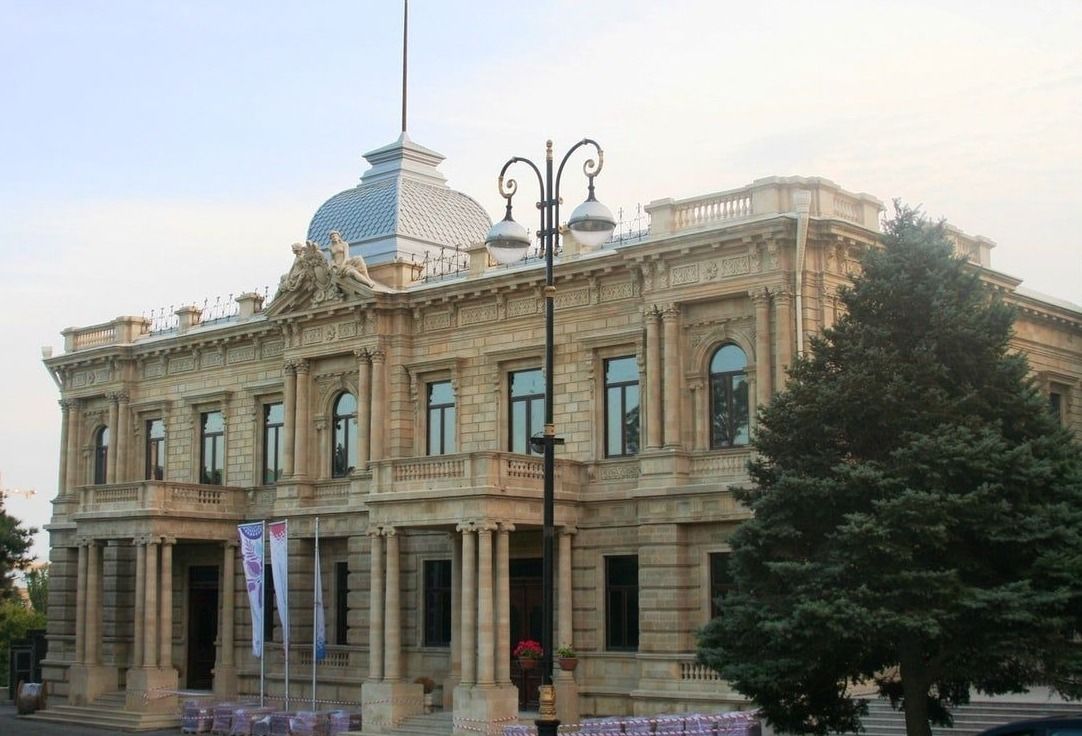 Azerbaijan National Museum of Art is the biggest art museum of Azerbaijan. It was founded in 1936 in Baku and in 1943 was named after Rustam Mustafayev, a prominent Azerbaijani scenic designer and theater artist. The museum consists of two buildings standing next to each other. 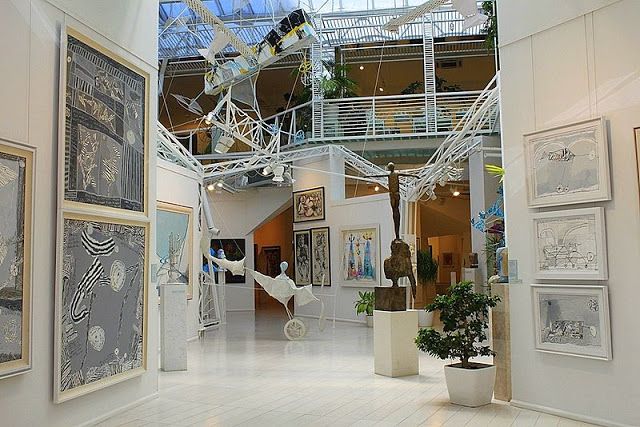 The museum was built at the initiative of the First Lady of Azerbaijan, Mehriban Aliyeva and opened on 20 March 2009. It was funded by the Heydar Aliyev Foundation, of which the First Lady is head. The foundation has also created projects with the Louvre Museum and the Palace of Versailles.  The museum is intended as a focus for an "eco-cultural zone" conceived of by Thomas Krens, former director of the Guggenheim Foundation, that will also include a white-sand beach, a Frank Gehry skyscraper, and a walkway that projects out over the Caspian Sea. 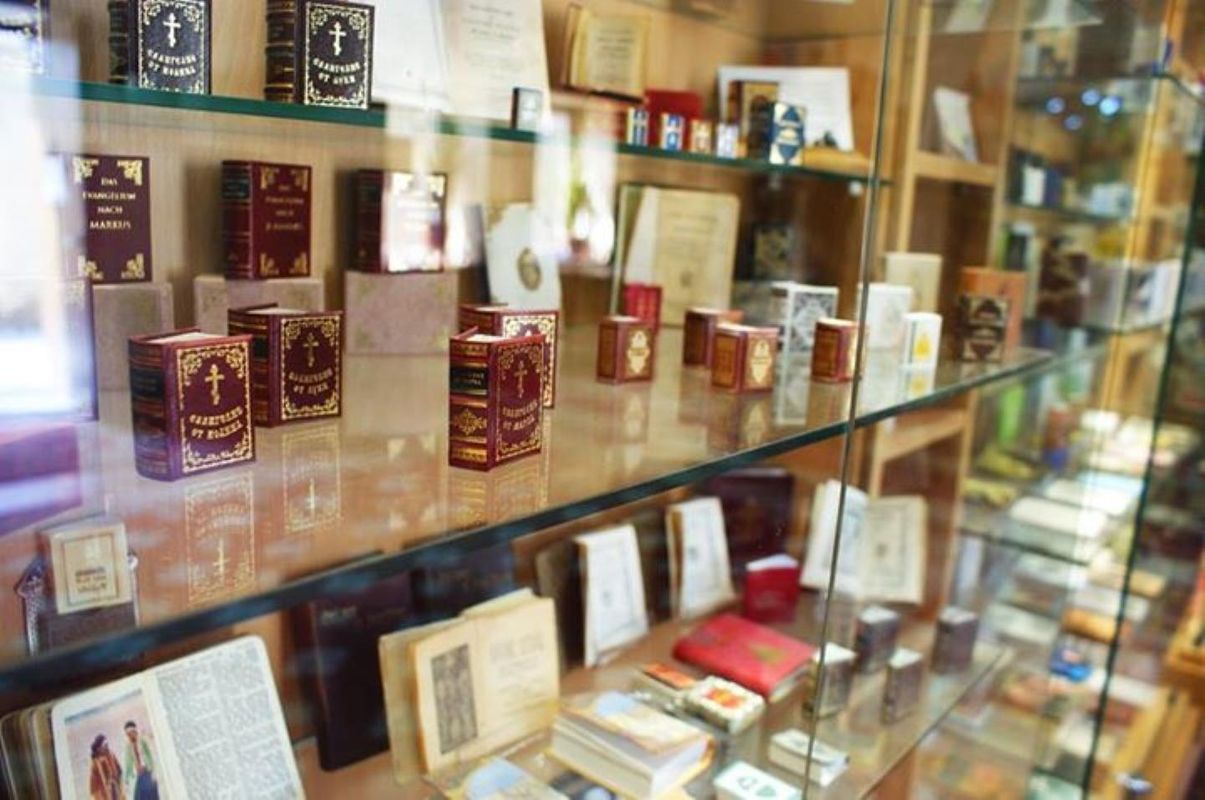 The Baku Museum of Miniature Books is the only museum of miniature books in the world, settled in the old part of Baku, called Inner City. The museum started its operation on April 2, 2002.
The National museum of Azerbaijan literature named after Nizami Ganjavi - was established in 1939, in Baku. It is located in the centre of the capital of Azerbaijan, not far from the Fountains Square and near the entrance of Icheri Sheher.

The National museum of Azerbaijan literature named after Nizami Ganjavi - was established in 1939, in Baku. It is located in the centre of the capital of Azerbaijan, not far from the Fountains Square and near the entrance of Icheri Sheher. 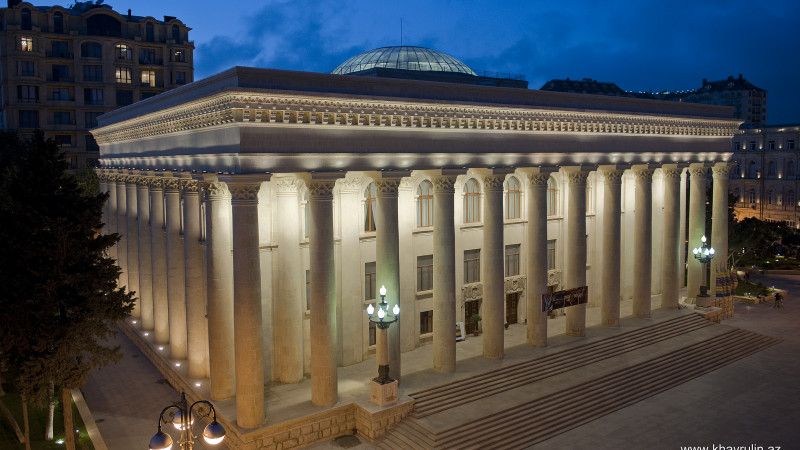 The Museum Centre of the Ministry of Culture and Tourism of the Republic of Azerbaijan is a building located in Baku, Azerbaijan near Boulevard. 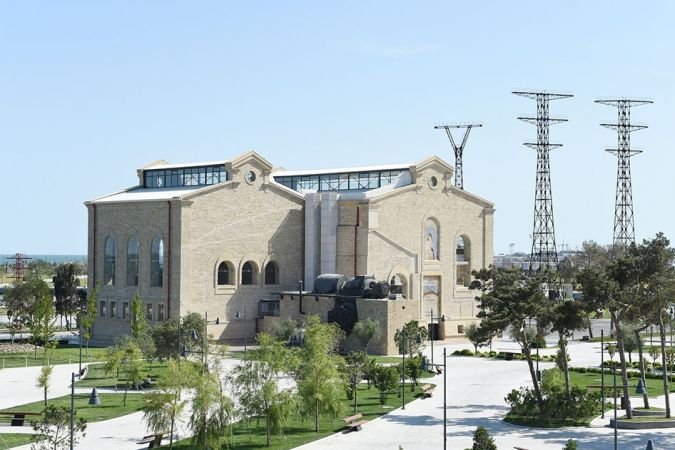 Museum of Archaeology and Ethnography 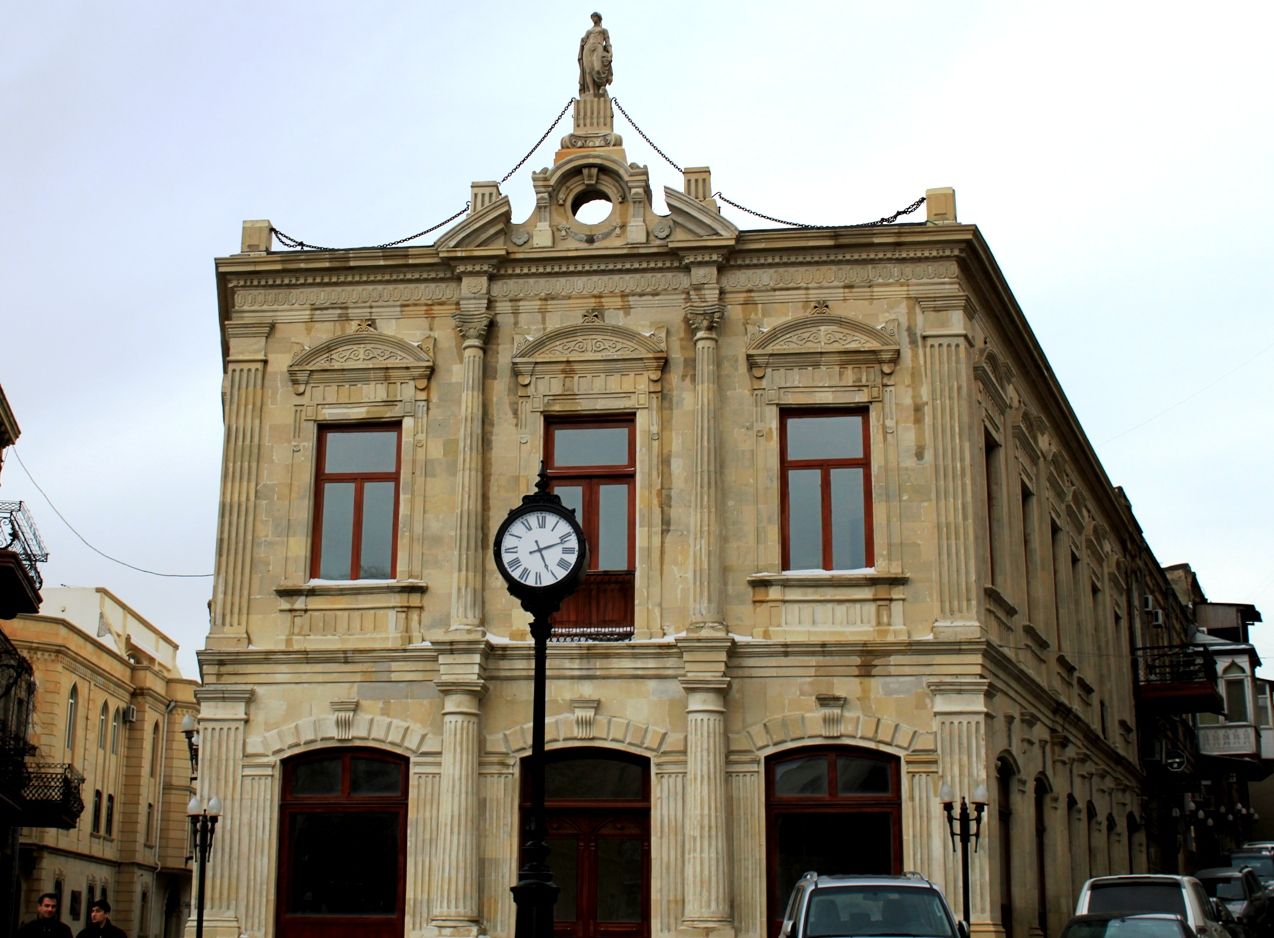 The Museum of Archaeology and Ethnography is a museum in Baku, Azerbaijan, that was established in 1976. It bears the name of the Azerbaijani architect-Mikayil Huseynov. The museum has two parts.